At the end of January 2019 a crowdfunding campaign was launched to raise funds to build a footbridge across the quarry stream between Horsham District Council’s Sandgate Park Local Nature Reserve (LNR) and the area of parkland owned by CEMEX north of their Sandgate Quarry (also confusingly called Sandgate Park). 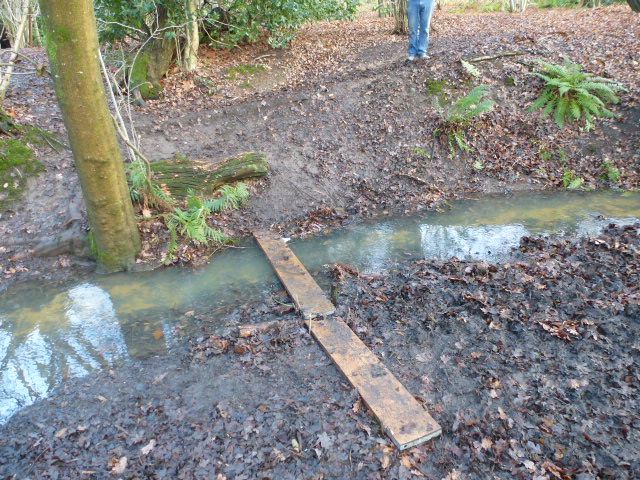 to be negotiated and the stream itself crossed.  This is hazardous, especially in the wetter weather.   A variety of makeshift ‘bridges’ have been laid across the stream over the winter, from planks which have rotted and broken, to logs which are uneven and slippery.

HDC Parks & Countryside do not have the budget for a footbridge but grant funding for community projects is available from West Sussex Country Council.  The process to bid for WSCC grant funds involves the setting up of a ‘crowdfunding’ campaign.  This allows WSCC to gauge the level of public support for the project.

The crowdfunding campaign is being run by Sandgate Conservation Society and is fully supported by HDC Parks and Countryside. 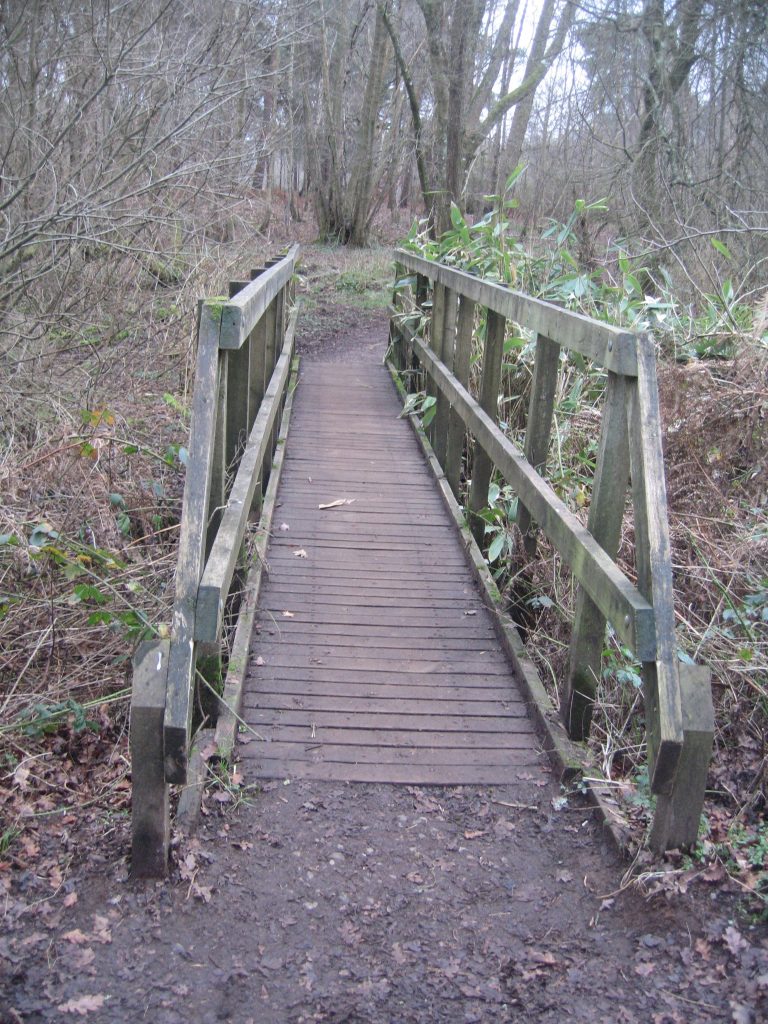 The WSCC Local Committee is due to discuss our application for a grant at their meeting on 13th March.  We are very optimistic that WSCC will agree to giving the project a significant grant which will help us to meet our funding target as the project has the support of HDC, our local councillor and Storrington & Sullington Parish council as well as more than 55 individual local backers who have pledged almost 40% of the total funding required.

Provided we meet our funding target we will be seeking to overshoot that target so that we can provide enhancements to the project such as improving the paths on the approaches to the new footbridge.

The footbridge will be of similar design to the one in the photograph.  The build will be carried out by volunteers and overseen by HDC.

How to pledge your support

If you want to support this project please pledge a donation.  Pledges do not need to be for much.  At this stage, while we are waiting for WSCC’s grant decision, the number of backers is as important as the amount of money pledged, so even the minimum pledge of £2 would be very helpful.

You can pledge your donation at www.spacehive.com/sandgate-park-bridge

Your cheque will not be cashed unless and until the crowdfunding target is reached.